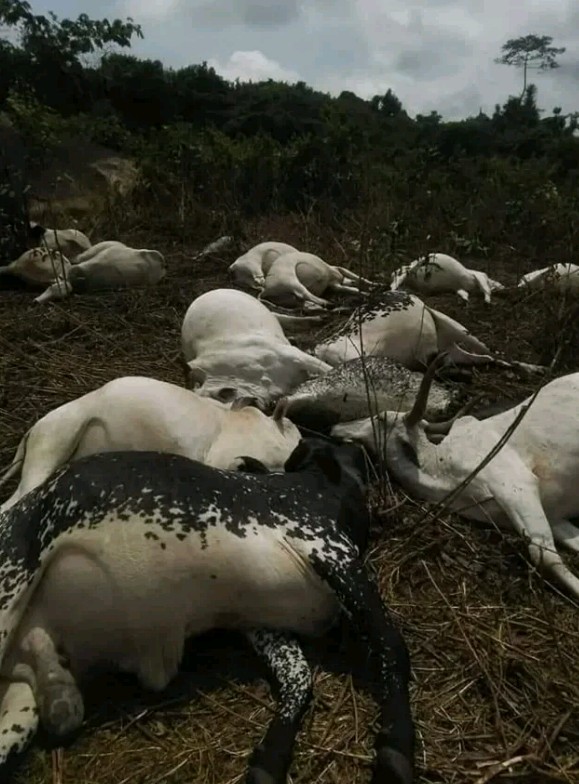 A mysterious event happened at Ijare community in Ifedore Local Government Area of Ondo State when over 30 cows were struck to death by thunder.

The cows belonging to a herdsman identified as Ladan, were struck dead, when they were moved for grazing to Oke Owa Mountain, a sacred area in the community.

According to report, the thunderstorm was accompanied by rainfall, which lasted several hours.

The hill is said to be only visited by the king of the town and some chiefs once in a year, during the celebration of the new yam festival, to perform some rituals.