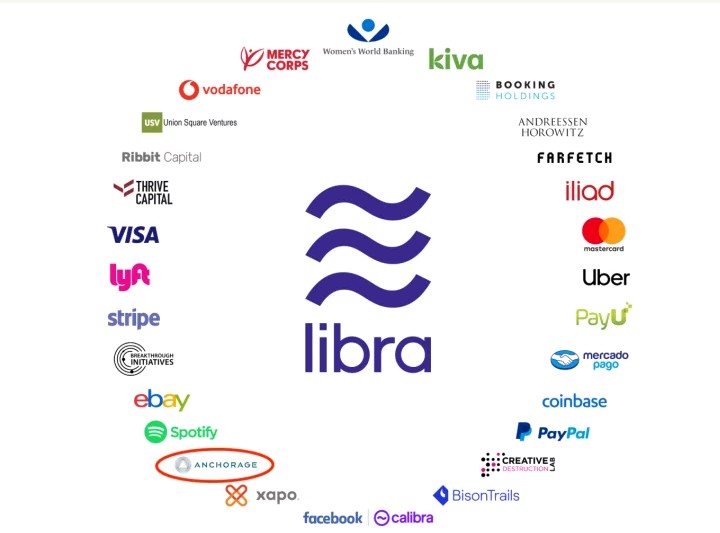 PayPal has become the first company to pull out officially from Facebook’s Libra, cryptocurrency and related association that it announced earlier this year with a chain of nearly 30 big names behind the effort to help build and operate services around it.

“PayPal has made the decision to forgo further participation in the Libra Association at this time and to continue to focus on advancing our existing mission and business priorities as we strive to democratize access to financial services for underserved populations,” PayPal said in an emailed statement to TechCrunch.

“We remain supportive of Libra’s aspirations and look forward to continued dialogue on ways to work together in the future. Facebook has been a longstanding and valued strategic partner to PayPal, and we will continue to partner with and support Facebook in various capacities.”

A high-profile, would-be partner like PayPal backing out from the effort before it’s even gotten off the ground is a big blow to Facebook and the Libra Association, which has been struggling under the weight of speculation that some of the big organizations, initially interested in collaborating on Libra, are now on the fence about the project, put off by wave of negative reaction from regulators and others that might lead to problems launching and ultimately growing the service.

In response, the Libra Association has come out with an understated but scathing statement of its own in response to PayPal’s announcement. (Facebook had referred our questions to the group and did not comment directly.)

“It requires a certain boldness and fortitude to take on an endeavor as ambitious as Libra – a generational opportunity to get things right and improve financial inclusion,” said a spokesperson.

“The journey will be long and challenging. The type of change that will reconfigure the financial system to be tilted towards people, not the institutions serving them, will be hard. Commitment to that mission is more important to us than anything else.

We’re better off knowing about this lack of commitment now, rather than later.”
PayPal is the first firm to walk away from the Libra Association, but it comes at a difficult time for the project, even before it has launched.

Both regulators and other government bodies on both sides of the Atlantic — already scrutinizing Facebook and cryptocurrency as separate issues — have honed in on the project with concerns of how a Facebook-backed and promoted currency could lead to anti-competitive behavior.

Facebook and other members of the Libra Association are due to meet this month in Geneva to appoint its first board of directors, but ahead of that it’s been reported that the government scrutiny has started to spook some who have only nominally backed the project at this point.

The WSJ reported earlier this week that Mastercard, Visa and other companies may join PayPal in backing away from the Libra project.

Mastercard has not responded to a request for comment, but Visa’s CEO Al Kelly has made public statements that underscore Visa’s provisional support for Libra — a position we understand remains unchanged as of today, provided regulatory and other issues do not get in the way.

“It’s important to understand the facts here and not any of us get out ahead of ourselves,” Kelly said in the company’s most recent earnings call. “So we have signed a nonbinding letter of intent to join Libra. We’re one of – I think it’s 27 companies that have expressed that interest. So no one has yet officially joined.

We’re in discussions and our ultimate decision to join will be determined by a number of factors, including obviously the ability of the association to satisfy all the requisite regulatory requirements… It’s really, really early days and there’s just a tremendous amount to be finalized. But obviously, given that we’ve expressed interest, we actually believe we could be additive and helpful in the association.”

As we reported when Libra first launched, Facebook doesn’t control the Libra organization or currency, but gets a single vote alongside the remaining partners.

Those that have endorsed the association currently include, alongside Mastercard and Visa, Stripe, Uber and the VC firm Andreessen Horowitz. Each Libra Association partner invests at least $10 million in the project and the association will promote the open-sourced Libra Blockchain.

The partners would not only pitch the Libra Blockchain and developer platform with its own Move programming language, but sign up businesses to accept Libra for payment and even give customers discounts or rewards.
Facebook has a lot riding on the success of the Association beyond just its Libra stake.

The company has also launched a subsidiary company called Calibra that handles crypto transactions on its platform that would use the Libra blockchain. (It’s been quietly developing this alongside the Libra effort, including making acquisitions to expand the functionality around how it will work.)
Governments around the world have been up in arms because they are concerned that, with Libra, Facebook and its partners will try to make an end run around existing financial services and their corresponding regulations.

Perhaps in response to these pressures and how they might play out, earlier this month, Facebook chief executive Mark Zuckerberg indicated that the company would be willing to delay the launch of the cryptocurrency — it is currently planned for 2020 — in an interview with the Japanese Nikkei news service. “Move fast and break things” won’t be getting applied here.

Related Topics:PayPal pulls out of facebook Libra cryptocurrency
Up Next

How many lives have been losted in the outer space