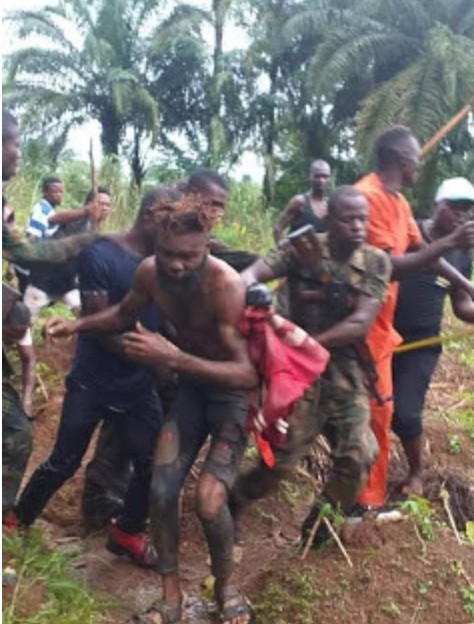 A notorious criminal identified as Chibuike A.K.A as “Fear Not” has been arrested.

“Fear not” was caught three days after he disarmed a soldier attached to the governor of Ebonyi State, David Umahi.

According to report, the suspect and his gang members intercepted the Governor’s convoy, took a rifle from one of the orderlies and fled.

The Governor was attending a function in Onicha Igboeze, Ebonyi state when the incident happened.

According to reports, since the incident occurred, the community has not known peace as innocent citizens were arrested and harrassed by soldiers. The soldiers threatened to continue the arrest until the rifle is recovered.

Eventually, “Fear Not” who is from Onicha Igboeze, was apprehended by the Ebonyi National Youths and handed over to the soldiers.

Nigeria is loosing billions for not investing in WildLife.