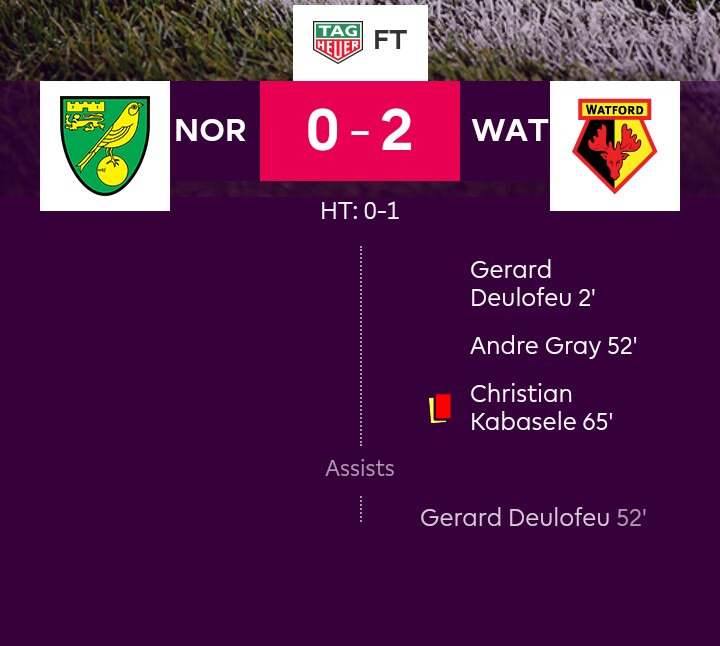 Goals from Gerard Deulofeu and Andre Gray earned 10-man Watford their first Premier League win of the season as they beat Norwich City 2-0.

Watford took the lead after two minutes, Deulofeu winning possession from Emiliano Buendia and driving into the penalty area before striking left-footed beyond Tim Krul. 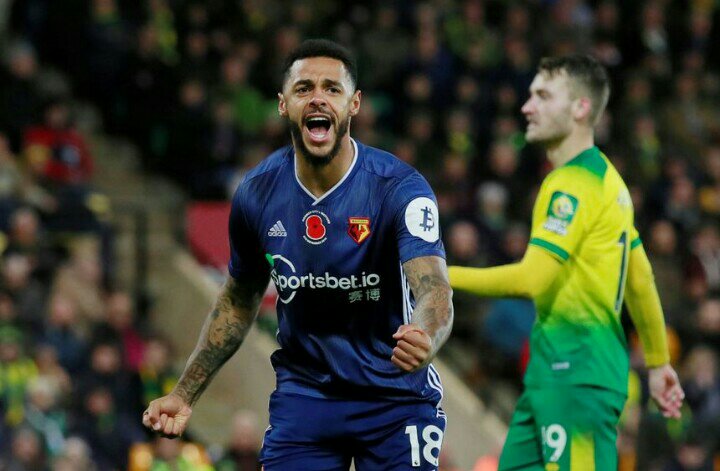 Watford doubled their advantage on 52 minutes, Deulofeu’s cross flicked in by substitute Gray from eight yards out.

Christian Kabasele was sent off after receiving a second yellow card in the 65th minute, but Foster denied McLean to keep the home side scoreless.

Watford leapfrog Norwich into 18th place on eight points, one ahead of the Canaries in 20th.