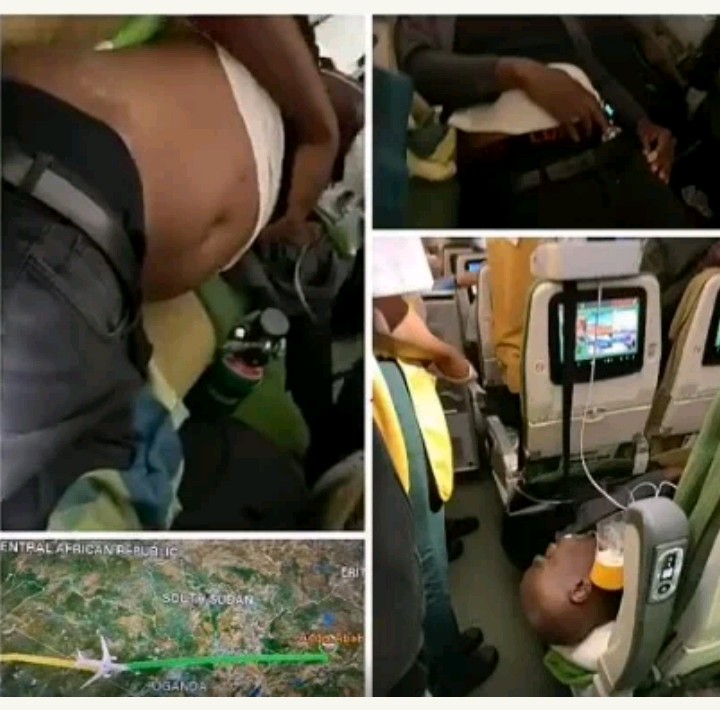 Two Nigerian men have lost their lives after swallowing hard drugs during a flight from Brazil to Ethiopia.

The deceased, identified as Chigozie Pascal Aniagbado and Chijioke Chidioka Ogbuefi, died before an emergency landing, despite the fact that CPR was performed on them.

It was gathered that the deceased in a bid to avoid being caught at the airport had swallowing the hard substance they smuggled.

The two men reportedly started feeling unwell after the hard substance burst in their stomachs. They were reported to have died before the emergency landing, despite being treated on the plane by professionals.

An eyewitness who claimed to have been seating between the dead men accounted that one of the men began to act strangely after he started feeling unwell, he asked for water, food, and even drank olive oil.

According to the witness, the doctors immediately came to his sided and started questioning him. The witness said he was treated and the two men were put under oxygen.