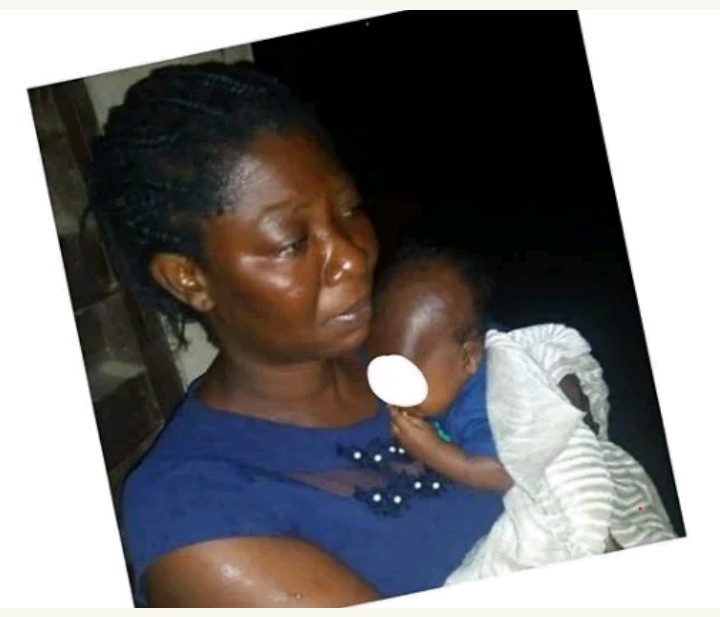 A woman identified as  Mercy Momoh has been arrested for allegedly stealing a two-month-old baby in Ado-Ekiti.

The baby was stolen from his mother, Funmilayo Sunday, on Friday, after the suspect tricked her to follow her to the State Secretariat under the guise to help collect some relief materials being given by government to flood victims.

The suspect, on getting there, sent Funmilayo to help her procure recharge card, but ran away with the baby before she returned.

Upon her arrest, 39-yr-old Mercy Momoh said that she stole the baby because of her dire need of a male child.
She claimed that her inability to bear a male child made her husband got married to another woman and may likely throw her out of the house.