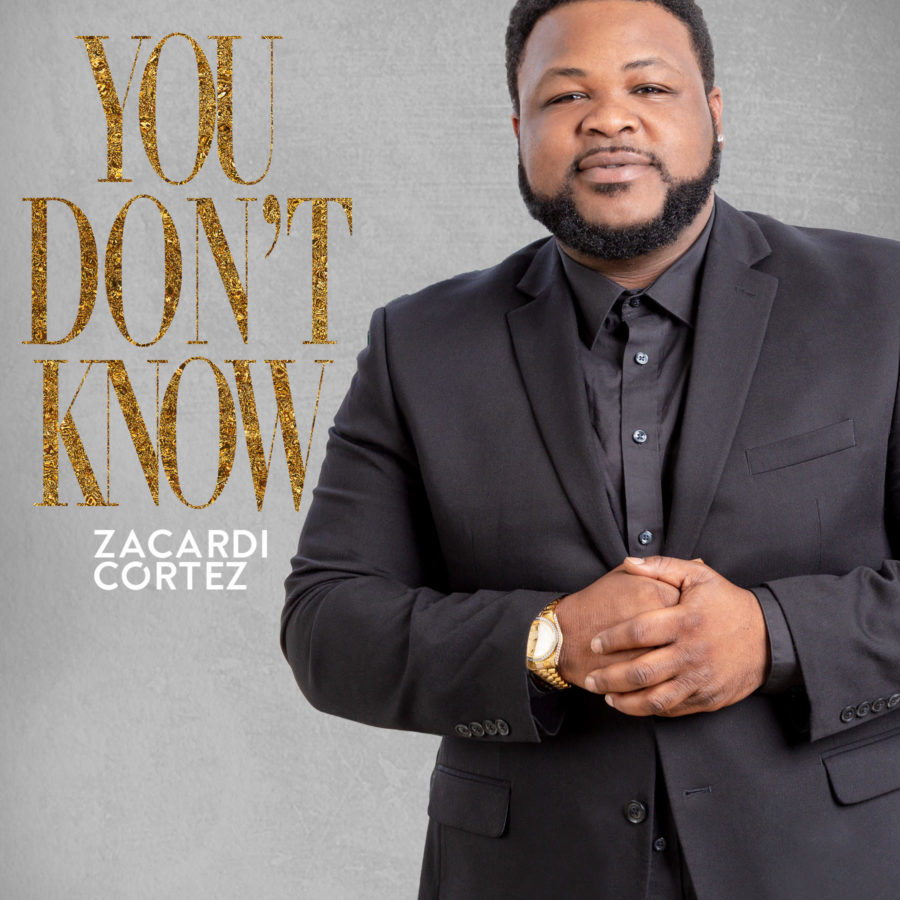 You Don’t Know By Zacardi Cortez

Zacardi Cortez has recorded his most heart-felt musical statement yet with “You Don’t Know” (Black Smoke Music Worldwide). It opens softly with Cortez singing, “you don’t know what I’ve been through, let me share my story with you.” He reminisces on some of his real-life challenges. Then, against a flurry of crashing symbols, he belts out a raspy testimonial of God’s faithfulness.

The Houston, TX native has appeared on recordings with the likes of Kirk Franklin and Lalah Hathaway, among others. “Zacardi is the best singer in America today,” says Black Smoke Music Worldwide CEO, Kerry Douglas. “I’ve been working with him for over a decade now and have witnessed incredible maturity. I’m very proud of his growth as a young man and as a seasoned vocalist.  In spite of all of his big hits, I think his current work is the best yet. I can’t wait for the world to hear Zacardi’s `Soul of a Man’ album we’re preparing.”